CHENNAI: Due to incessant rains on Sunday, many areas in city limits faced severe water stagnation for hours while sub-urban areas were inundated, bringing back memories of 2015 floods.

Worst affected areas were Pallavaram, Chormepet, Kundrathur, Chitlapakkam, Medavakkam, Madambakkam and Tambaram among other areas in the suburbs of Chennai.

“Thirumalai main road to Hasthinapuram was laid only three months ago. Now, there is no sign of the road which has submerged into water,” said Nivedya Nair, a resident of Hasthinapuram near Chrompet.

She added that all the canals and drainage have been overflowing on Sunday afternoon and situation was just getting worse with water entering into houses.

Residents of Pallavaram too shared images and videos with Express, which showed water gushing down the streets of Thirumalai Nagar and Thiruthani Nagar. In Kundrathur, few people allegedly even broke the Storm Water Drain systems using JCP machines to divert the stagnated water from their premises.

The situation only got worse in Chitlapakkam, where even public parks went underwater. Residents here blamed the PWD and Panchayat citing that the Rs. 17 crores ‘Cut-and-Cover’ drain project, connecting
Chitlappakkam to Sembakkam lake, was a failure. 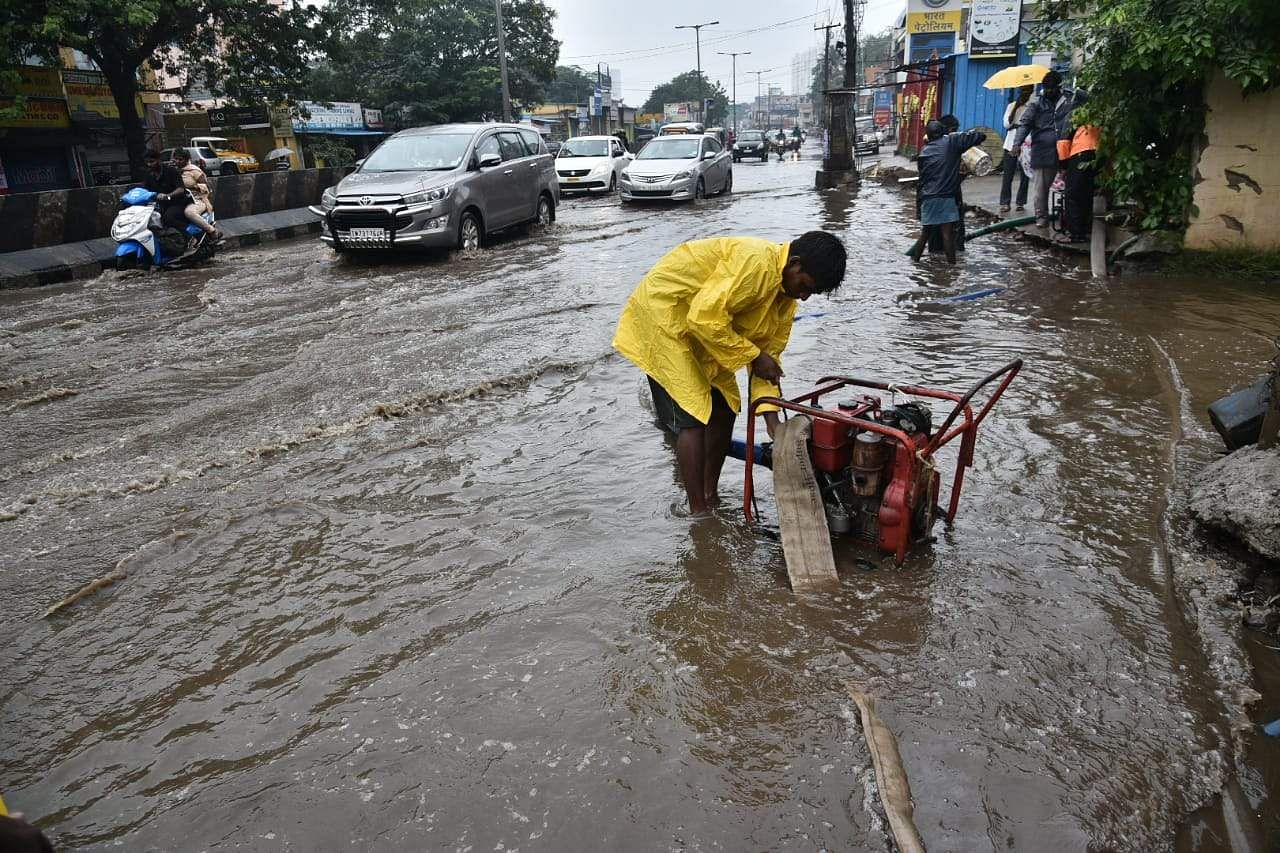 “Sembakkam lake does not have adequate depth to receive water quickly and the diversion of stormwater drain is a failure in itself,” said Sunil Jayaraman of Chitlapakkam Rising, a social-welfare group. He alleged that the drainage project was blindly engineered with poor quality construction.

The Thiruvottriyur high road and Kodungaiyur high road in North Chennai had knee-deep water bringing the traffic to a standstill. “Excess water from the Ambattur lake led to the overflowing of Korattur canal. Despite repeated complaints, no official came for rescue. It would be hard to stay inside our houses if it rains further,” said Mohan Raj, a resident of Korattur.

Water Management Expert S Janakarajan said that the Storm Water Drains are not constructed keeping in mind the rain fall conditions. “The construction is left to the mason. The gravity of rainfall has to be measured and then SWDs must be constructed,” he said.

Janakarajan said that the civic body just constructs SWDs and abandons them. “In most places, garbage and encroachments are part of SWDs. They are also sewage carriers,” he added.

Eleven die in gas leak from LG Polymers plant near Visakhapatnam; around 200 hospitalised